A bio-slash-sociological accompaniment to The Blackthorn Orphans.

if you're spoiler-allergic, there are some very minor concessions to the bewildered here; maybe read this afterwards

Chimeras exist in reality as well as fiction.  Anyone possessed of more than one tissue type is technically a chimera; nature is always pushing our pieces together.  Sachiin and Kala'amatya's people were created to aid in hazardous ritual practice, intended to be articulate and durable above all else.  The ancient principle of magic requiring knowledge of its intended target is defeated by their obscure origins and divided substance; as threefold constructs, they are impervious to maleficia directed at a single subject.
They age and die, but slowly, and from the mountains of their birth they descend into the vastness of the ocean where all bonds and unions are dissolved; the flesh departs and the elementals invoked in their creation are free to return to the high places they embody.
Elementals are traditionally expressions of place, of the physical landscape and its collective inhabitants.  In the Blackthorn Orphans they are the basis of endurance and regeneration.  Without this transcendental ingredient, the chimeras are no more than the sum of their uncertain parts. 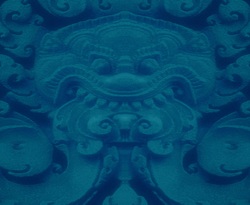 The vampyre needs no introduction but in TBO, they possess a physicality determined by the fundamentals of the concept; dead flesh, bottomless greed, the loss all empathic sensation.  They exist in the knowledge that the next waking moment can only be worse than the last.  They may no longer care, but death is a long way to fall, a thing  both narrow and bottomless.  Over time they are entirely consumed by the black animus pervading their flesh, the organs and structures required by life scoured away in favour of the few things a upyr needs - stasis, ingestion, capacity.
Only the most primal and violent of emotional residues remain to the undead; they perform impressions of their remembered selves when required but are best left to their silences.  Their associations with each other and the living are impelled by avarice or maintained by barren force of habit.  Few could be said to prosper under such circumstances, those who do possessing in life the traits most valuable in death. 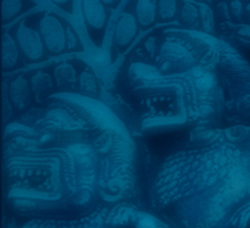 Alujha occupy the space devoted to the lycanthrope in the traditional Indo-european stories, sharing most of their attributes and something perhaps lost from the oldest renditions; a culture distinct from those surrounding and enclosing them, a language of their own.  Their union with the other is neolithic and from it spring two twinned expressions, the boy born with the moon in his heart and the girl with the stars in her head, both destined to cycles of observance, one physical, the other ritual.
Their society is as deeply riven and heavily hidebound as anyone might expect of something so old.  Those adhering to old notions of service and fealty find them perverted by plutocracy while the independent must play all sides.
For alujha, land and freedom are conjoined and one cannot exit without the other; in a world more densely crowded by the day and appropriated on all sides, their survival is fraught with conflict and despair.  To adapt is to lose and to perish just as surely as any demise that will come from inaction. 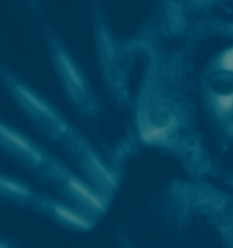 Witches are a diverse population in TBO and like most things that rejoice in diversity they are prone to schism and sectarian discord.  Those born to alujha clans consider themselves foremost, though there are as many traditions as practitioners and only one division is universally agreed; the gulf between baelna and dralna, the Green and the Red, the former devoted to the gentler aspects of the craft while the latter revels in its darkest extremes.  Both are administered by a secretive cabal of their respective adherents.
The witches' fascination with Sachiin and Kala'amatya is founded in more than their perplexing resistance to all incantatory persuasion, but that is best left to the pages of the book.
Both baelna and dralna employ ancient pagan systems of belief in reciprocity and symmetry, the concept of like commanding like in their pursuit of influence and agency.  Moral considerations are left to the individual.


Witches do not generally enjoy a healthy relationship with civil or religious authority, an antagonism that has tolled heavily on both sides.