Under The Skin (2013 Jonathan Glazer)  Sometimes the endless potential of strange fiction is a garden, rampant and fertile, and sometimes it is a featureless void, deprived even of convention’s drab landmarks.  That you see either one or the other is down to the eye of the beholder as much as the nature of the material presented, which is why critical judgements can be dismissed as subjective and even biased opinion.  Sometimes opacity and absence are intelligent devices and as welcome as any immediate, spectacular disclosure.

Dallas Buyers Club (2013 Jean-Marc Vallée)  Sigh.  Those obligatory Oscar watches, eh?  Dallas Buyers Club isn't something I was gagging to wrap my corneas around.  I'd already formed an opinion, scraped like gilt with my magic mental teaspoon (I trust that thing implicitly) from the reactions of others and let's just say the result hadn't frogmarched me to the cinema.  But in the interests of this review I swept the old intellectual desktop clean and gave it a chance.

Jiro Dreams of Sushi (2011, David Gelb)  Documentaries.  If you watch them as often as we do, you've probably been burnt by the fake hype and masturbatory/flea circus productions that tend to infest the genre and may well be averse to the prospect of yet another hand-held omphaloskeptical exposition.  I take an extremely dim view of anything that brings the idiom into disrepute and subject them all to one criteria- is it informative and absorbing beyond the constraints of its subject matter?  Whether you are specifically interested in the topic to hand or not, Jiro Dreams of Sushi surpasses this requirement.

Out of the Furnace (2013, Scott Cooper)  Ever sat down to a movie you've heard nothing about, full of exemplary talent and a premise that's not too played-out?  You know- that feeling of pleasant, hopeful expectancy- you're settling in, the opening shot's going okay, cue music... then a song starts wheezing away over the top of it all and it dawns on you.  You're experiencing a taste-level indicator and the arrow's pointing downwards.  That first whiff of corn.

Inside Llewyn Davis  (2013, Joel & Ethan Cohen)  What do you tell someone about a Cohen Brothers movie?  You'll love it, trust me.  Not at all formulaic.  Action packed.  Stuffed to the gills with loveable rogues.  That would be a pretty universal no.  Ever met someone who can articulate precisely why they pay to see one?  Again, no.  Even so, what I'm about to say is tantamount to blasphemy- Barton Fink and No Country for Old Men bored me more than anything, I think them overrated and the prospect of more Cohenic genius feels... like being invited to spectate hot sex between two people I dislike.  Ambivalent.

A Hijacking (Kapringen)  (2012, Tobias Lindholm) This smallish Danish film caught my eye a year or so ago in the course of reading someone else's praise of recent Scandinavian productions.  I wholeheartedly agreed with the sentiment that something's going very right up there, particularly with the Danish stuff and A Hijacking is a great example of whatever concerted and judicious process is taking place.

Melancholia (2011 Lars Von Trier)  I've had dreams so like this promotional image for Melancholia that I almost have to move my head to pull my eyes away from it.  And so it was with the film itself.  So yes, I am probably guilty of excessive identification at the expense of any critical faculty.  But do you care, because I dont.  At least it's not Antichrist, jesus... reviewing that was like chasing a greasy razorback through ten fucking acres of blackberry.

The Gatekeepers (2012, Dror Moreh)  Knowing next to nothing about Shin Bet and the reality of the Israeli security complex, we decided to take a punt on this documentary simply because it promised straight talking from the horses' mouths.  With unprecedented access to a half-dozen or so of Shin Bet's recent heads of operation, The Gatekeepers asks some confronting, impolitic questions about the political, moral, practical and philosophical realities of the Israel-Palestinian situation as it stands.  These are hard, hard men who've looked down the barrel, year in, year out, and what they have to say was not what we expected from instruments of a pretty fucking ruthless intelligence machine.  Good production values, a brisk pace and a largely impartial, humanist, few-holds-barred approach make this essential viewing for anyone with a brain and a social conscience.  It was an Oscar nominee.  We found it on iTunes, so you probably can too.  Primo.

The Wolf of Wall Street (2013 Martin Scorsese) If this review seems a little disordered let me admit that I'm not inclined to compose it with any more care than Scorsese did his movie, so if you're feeling shortchanged, write to Marty.  Lemme fart the plot into your hand; broker-guy gets rich ripping off his fellow suburbanites with a B-Team of unlikely associates and together they launch into a typically Scorsese douche-o-rama with a side of lippy broads, free-flow blow and frantic materialism that inevitably sloughs into legal entanglement/inevitable philosophical take-home across the shallow arc of the central protagonist's adventures.  Deep breath.

Gravity (2013, Alfonso Cuarón)  If you've had one ear flapping in any direction in the last three months you've already heard more than you possibly cared to know about Gravity.  Big dollar feature, popular stars... mmmokay.  Might be a rainy afternoon prospect.  Then cue the boring, embarrassingly reiterative interviews, the suspiciously uniform hype, and interest begins to wane.  I'm losing my wood halfway through the trailer programme these days and had remained pretty unmoved by the excerpts that seemed to send every other punter on the planet into conniptions.  All that desperate, panicky scrabbling just reeked of... something... overcompensation, perhaps?  That's it. 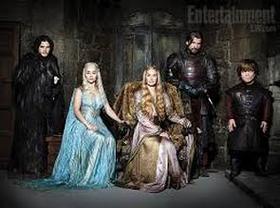 Hostile Witness Film Review: Game of Thrones, seasons 1, 2, 3 & 4  Alliteration is perhaps the most noble of all literary embellishment and metaphorically speaking, it is the tinsel stuck to Santa's sweaty balls, so let's do this in the spirit of xmas.

Elysium (Neill Blomkamp 2013)  We loved Blomkamp's grungy opus, District Nine, and prayed hard for other auteurs to run with the direction it seemed to provide to a genre mired in pointless visual noodling and suicidal plagiarism.  But when I saw the first trailer for Elysium I complained that it looked too familiar.  That's not really a legitimate criticism, at least not one that I'd tolerate in regard to my own work, having come to the (stunningly obvious) conclusion that worthwhile oeuvres are constructed over time, are necessarily self-referential and expand upon themselves according to the value of their fundamentals. 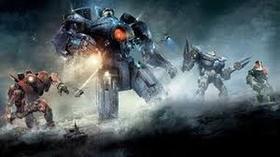 Pacific Rim (del Toro 2013)  I will sit sucking down empty calories while dinosaurs fight aliens with the best mouth-breathers in the game, so this critique is not about pitching any lofty elitist trajectory.  It's just that Pacific Rim sucks arse, so much so and on so many levels that it's difficult to know where to begin, but let me do so by aiming a roundhouse squarely at del Toro's puffy chops.  Anyone who still thinks Guillermo's some kind of wünderkind needs to account pretty robustly for the misfired, piss-weak tripe he's squirted out since Pan's Labyrinth (which was overrated anyway).  He shares his searing lack of taste with Jackson et al, that other bastion of seemingly unimpeachable nerdmanship and together they fap all over contemporary speculative cinema in a godawful binary orbit.

World War Z (Marc Forster, 2013)  Having stood at the edge of the hater tsunami aimed squarely at World War Z (as expressed by my fanboy nephew- he was livid) I did hold some pity in my stony little heart for Brad Pitt's poor old production.  Just a little, mind you; internet tales of on-set dickwars and studio incursion while the budget spun out of control had me walking in the opposite direction while the wee fillum flopped in its afterbirth, seemingly doomed.  Then I remembered; industry commentators are often completely full of shit, which is why I review in the first place.  It's the lying I can't stand. 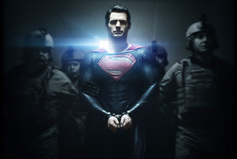 Having no Supercredentials to speak of, I subjected myself to this spectacle in company with my 16 year old nephew Purple, a hawkish Superfan who had keenly anticipated the reboot despite the fact that "Superman's a bitch who doesn't really kill people" and Snyder's gorey proclivities had him shaking his head from the start.

Anna Karenina (2012 Joe Wright)  As a story, Anna Karenina has always seemed like something I have understood imperfectly, and I've never been entirely sure why.  I grasp the gist, I get the social and political context, I feel the Female pain, I hear the class strata grinding and admire Tolstoy's command but I cannot love it for the life of me.  So I'll admit to that small prejudice.  Less inexplicable is my loathing of both Knightley and Wright's previous work, because well, you know... they suck a big cock, generally speaking.

Let the Right One in (2008, Tomas Alfredson)  When you loathe virtually every convention stacked around the genre you are working in, stumbling across anything else demonstrating the same disinclination is a joyful and almost surreal experience.  This is the test to which we should subject every story- does it transcend the genre ghetto?  Will it confound the pedant?  Horror is one of two things in the known world that can melt categorical and cultural boundaries like nitric acid and yet it's scorned by the lit. snob and ring-fenced by a powerful clade of its own devotees, to the detriment of all.

Samsara (2011, Ron Frike)  I am relatively conservative in my choice of viewing pleasures, being old enough to know what I'm likely to appreciate and cynical enough to winnow out a lot of dross, and I had reservations about the concept of Samsara.  While few of us welcome two long hours of shitty dialogue, what cinematic veteran can imagine a work so transcendent that it simply did not require verbal elucidation of any kind?  (The New World almost got there, lol.)  I'm still open to the possibility, but I do not consider that it was realized in this instance.

Antichrist (2009 Lars Von Trier), in defence of.  Von Trier's incoming Nymphomaniac prompted me to think about his back catalogue and ponder his peculiar genius at some length (fair warning).  He provokes such lavish scorn from so many directions and I do know why; the public likes their weirdos humble, charming, unassuming, mannerly, and most of all, grateful.  Sort of like Tim Burton, that cheeky little scamp (dry heaves).

The Great Gatsby (Luhrmann 2013)  The Great, flat Gatsby.  The film and not the book, which I barely remember as a watery thing from high school; suffice to say that Eckleburg's wire-rims struck me only as one of the most awkward, budget appropriations ever duct-taped in retrospective panic to a greasy narrative skid.  I see what you did there, F Scott Fitzgerald.  But anyways- Luhrmann's filum.  If you're asking me, Baz's graph started with a short, sharp uptick and has been on a slide since Romeo & Juliet.  Strictly Ballroom was cute enough and certainly brave, R&J a classic but  Moulin Rouge was bad (sunk by Kidman's candle-faced ineptitude) Australia awful (ditto) and Gatsby is... it's not even... it's just... I don't even know if I care any more.  I'm still pulling on my arse-kicking boots, though.